Cheri Huber is the subject for the virgin post of a new series entitled “Who The Hell is _______ ?

Today I’ll share with you my experiences with Zen teacher Cheri Huber, from her books, audio courses and two separate retreats I’ve attended.

To set the scene, I was in graduate school studying comparative religions with a focus on Buddhism. I was rather deep in the process of reading the ancient texts and had begun the arduous, and eventually fruitless, task of learning Pali, the language of the time for The Big B.

I was starting to get bogged down with ancient texts; because truth be told, they were about as dry as a nun’s nasty (I got that saying from an Aussie friend, who swears it’s legit). 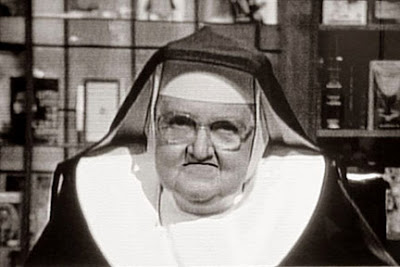 The Simple Wisdom of Cheri Huber

It was then that a couple of books caught my eye. It was a particular title that did it, I think: There Is Nothing Wrong With You: Going Beyond Self- Hate.

Then I opened it up and saw that the whole book was typeset in a handwritten font.

To my surprise, I didn’t instantly dismiss it as childish; rather it hit me as an immense breathe of fresh air. Like a combo douche/lubricant product for the nun’s nasty that I’d  buried my head in for the previous 10 months of study.

As luck would have it, she was a local teacher and I went to one of her open sitting sessions the following week. Again, I was drawn to her ability to take Zen teachings and simplify them into bite-sized morsels.

These were not the esoteric Zen Koans like “What is the sound of one hand clapping”?

Speaking of that particular Koan, I once had a dream that I was a Zen teacher, and had instructed a student to meditate on it. He came back to see me and I asked him again, “What is the sound of one hand slapping?”

As he began to open his mouth to speak, I slapped him hard across the face.

Then I felt the slap, and realized that it was my wife smacking me repeatedly because I was snoring,… as if she needs a reason to smack me.

“Your definition of who you are is your prison. You can set yourself free at any time.”

Kind and gentle words, but that to which they are pointing is anything but simple to put into action.

Cheri studied in the Soto Zen tradition, although there is apparently some controversy surrounding her official decree by an approved authority to teach Zen. As most of you are aware, at WUH we couldn’t give two shits about where and with whom a person has studied and been given permission or “ordained”.

If a person has something interesting, useful or funny to share (or all three – the WUH trifecta) then speak the fuck up and we’ll listen… at least for a couple of minutes:

I may have digressed again…

Cheri Huber has this unique skill of taking  Zen teachings and formatting them into kind and loving suggestions. And it would be fair to say that she represents the more psychological aspects of Zen than many other teachers, especially those who have come from other countries.

Many people feel as though Buddhism should be considered a psychology as much, if not more than, a religion. At its core, it’s just intended to be useful in the quest to end suffering. As a matter of fact, when it has served its purpose, you’re encouraged to dump it.

This is best exemplified by the story of a woman trekking across country and she comes upon a wide river. There is a raft next to the river with a note that it is intended for use by anyone who needs it. She uses the raft to cross the river, and realizes that she now must climb several mountains. So, she dumps the raft and starts climbing.

To further expand its quest to be useful, Buddhism is also intended to change and adapt to each country’s culture and customs. This is how Buddhism can look so different in Japan as it might in China, Australia or the United States.

Here are some Tibetan “Monks” breakdancing in NYC: 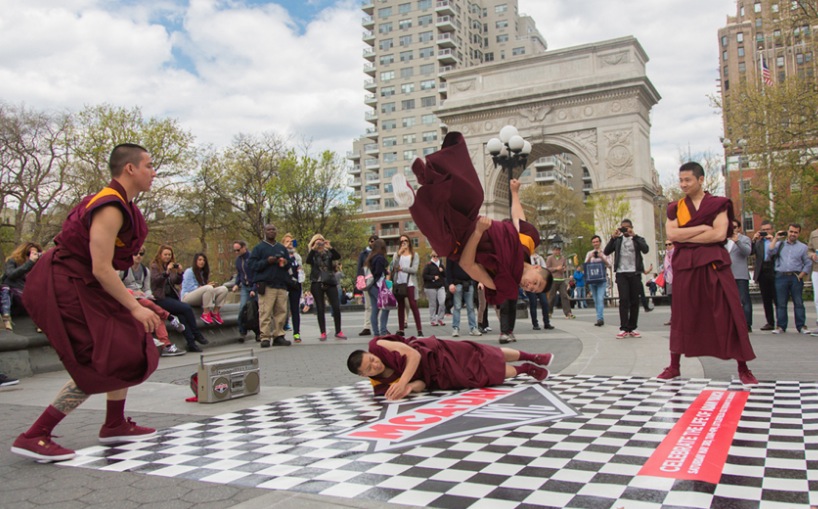 My point is that Cheri Huber has been able to share the teachings of Zen Buddhism in a way that resonates with a large portion of people in the United States and Europe. It’s not everyone’s cup of tea, but as Cheri writes in her book The Key: And The Name of The Key is Willingness

Brutally simple, with the emphasis on “brutally”.

Here are a couple more gems to give you a feel for the wisdom of Cheri Huber:

“Do something you fear, NOT to conquer the fear, NOT to accomplish a task, but to familiarize yourself with the processes with which fear protects itself, to demystify it.”  – The Fear Book: Facing Fear Once And For All

* This can save a great deal of time, energy and money.”