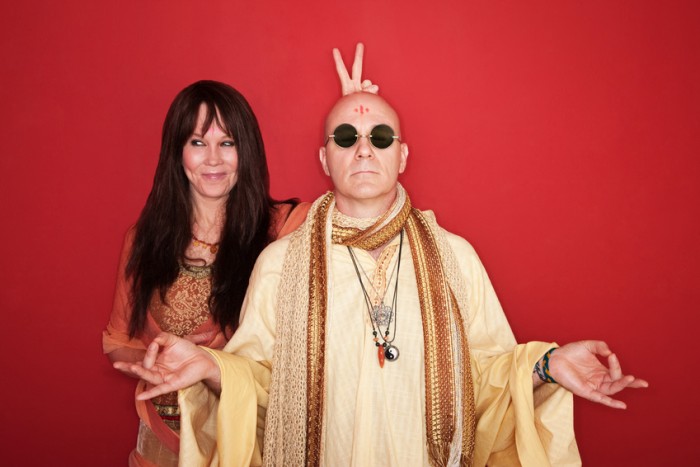 All You Need Is Love?

For those you that haven’t been exposed to all the super cool and eastern sounding Sanskrit words thrown around by seekers immersifying their egos in “Eastern philosophy and spiritual practices”, thank your lucky fucking stars. Bhakti basically means love. The Bhakti path is a path of love and devotion. Is it dualistic or non-dualistic? It depends on if the seeker has the ability to truly embrace non-dualism.

Regardless, all paths have many offshoots and the Bhakti path is no exception. Say you decide that you are going to practice Bhakti Yoga (union), here are a few orientations on the menu that you get to order from:

Hell, you could even use the “Biebs” as the object of your love and devotion. But God forbid, please don’t…

Regardless, the end goal(s) are more time feeling connectedness, love, bliss, oneness, etc. Some of these are aspects of enlightenment, some not always. Bhakti is also a path that doesn’t involve much if any discomfort, pain, introspection, or hard work of any sort.

The belief is to focus on the end state and eventually you will become that which you are focused on. Keeping it simple, many dim-witted seekers can easily follow this path and nobody can argue that it isn’t good to love others, so not many people shit on this path.

Being The Big Toe, I am obligated to point out that although not many people shit on this path, that doesn’t mean there isn’t shit in the middle of the path (“path” being synonymous with “sidewalk” for The Big Toe analogy… it just sounds more “spiritual”).

Follow me here folks, as this is very important…

Part of becoming aware of what we truly are is seeing things differently. As our state becomes more expanded, connected, and a part of something much greater than we imagine in our limited separate state of individual awareness. Bhakti can be a powerful tool to become aware of what we really are and take us into the heart of the unity of the oneness of this unfolding and ever-changing manifestation.

“Sweet summer sweat!” you may say, at this point. Sounds perfect and really fun, comforting, bliss packed, and a great way to peace of mind and escape from the boredom of “traditional consciousness”.

My response is, “Right on! You have a path to get half way there.” Let that settle in as that is the gist of this post. Bhakti is a partial path and actually a partial path I highly recommend.

As a seeker, I’ve danced the shit out of the Bhakti path. I’ve posted pictures of a guru around the house; I’ve meditated on love, the guru, practiced seeing everyone I met as God interacting directly with me. I’ve read more books about love, gurus, devotion than most people would consider rational. There’s been chanting, kirtan (devotional singing) peppered into the mix.

I’ve had many experiences of being overwhelmed with love and had more than a few meditation sessions with tears of gratitude streaming down my face as my heart lay ripped open with bliss pouring out. “Molly” is a drug that will also provide an experiential connection to what these types of states are like.

This is really the jewel of the Bhakti orientation, the experiential component. Finally having a real experience vs. reading or studying about theories. Being vs. knowing about. Finally things seem to get real and we have some real feelings that are pretty damn groovy. Bhakti can get you high without needing to take a drug to do it. 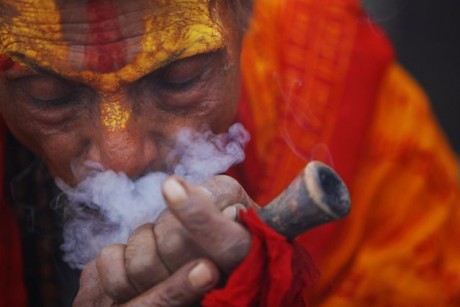 But sadly, we have to come back down. When do we get to just stay high? We’ve had our nice blissful escape from traditional consciousness but we can’t stay there, can we?

Why? Simply because it’s still there. One process does not lead to another. Searching for what we really are doesn’t lead to getting rid of what we are not. We are still trapped until “we are-not”.

Here the seeker needs to make a decision and many unconsciously do. But in the sake of honesty, let’s be very clear what the decision is. Most choose to keep the orientation of the individual that we are so attached to and experience the highs regularly enough to provide enough peace of mind to make the non-high time acceptable.

It’s better than the mundane existence of individuality and isolation and, quite frankly, good enough. It’s safe, not scary, makes us feel more than we are. It’s actually additive to who we are and provides a spiritual dimension to our sense of self. This expands our ego. Not in a cocky way but just adds more dimension to who we are, making the individual feel more than it was, more solid, less small, and somehow safer and less threatened.

A few will decide that maybe the oneness experienced in the highs could be closer to our natural state of being and as a result, question the reality or illusion of the sense of individuality.

These rare and brave individuals are willing to actually look very hard at what “they” aren’t. This is a very different process that starts to attack the very foundation of the illusion of self that anchors us to the perspective of the separate individual.

I am going to postulate that it is rare, if not almost impossible, for the Bhakti path to identify, challenge, and eradicate the underlying beliefs of who we are. Nor can it bring to the surface the root causes of our psychological reaction patterns that keep manifesting the thoughts that pull us back into the illusion of being the individual. Bhakti is great for helping us to experience something closer to our true nature, but the foundation of our false nature remains very much intact.

It ultimately boils down to the question of what’s the goal? To remain immersed in truth or add enough highs, love, compassion to the illusion so it becomes bearable.

If it’s the former, then I do accept the Bhakti path as an important part of the equation and very helpful in identifying, through experience, an expanded perspective of what we are. This helps us question who we thought we were, which is important.

So how do we augment that with a process for starting to consciously strip away what we are not?

We can hope that by grace it just happens. This is a lottery ticket approach but provides hope and hope is all some are really looking for. For others, the game is about highest probability of attaining truth the majority of the time.

This is where Jnana Yoga, if wielded correctly, can fulfill the other piece of the equation.. the unbecoming of what we’re not. Jnana is a fancy, cool, Eastern way of saying “knowledge”. This of course can mean a thousand different things and often does. The general idea is to use the mind to identify, isolate, and dissolve fictitious beliefs, options, mental habits and thought patterns.

In the absence of some traumatic experience that spontaneously explodes our false sense of self and the big pile of dog shit it’s based on, it’s one of the only tools we have for this piece of the equation but requires some skillful use, which is a topic for another post.

Bhakti, without ego eradication, only provides glimpses of our true nature and some feel good experiences but won’t, in and of itself, permanently break through the mask and reveal who and what is really doing the looking. If you want to ride the big ride all the way to the end, parts of it are going to be scary as fuck. Once you really get on board and leave the station, you can’t get off until it’s over but the “you” that got on won’t be the “you” that exits.

Like Jed McKenna says, “If you are going to burn the house down, remember you can’t negotiate with fire and nothing doesn’t burn.” Unraveling your entire sense of self is not for pussies. 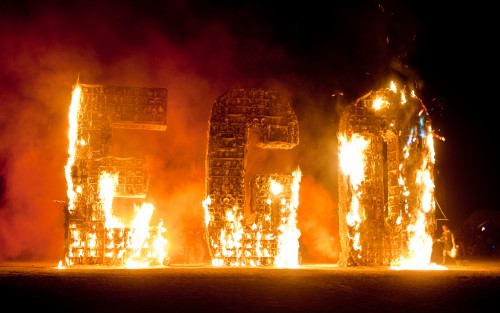 The Bhakti path in combination with a process of “unbecoming” could be the foundation of a complete path.   And this is my condition for accepting the Bhakti path as having the potential to eventually being able to imbibe and embody truth.

Bhakti, on it’s own, is a high risk distraction that can medicate us to a point where remaining identified with the individual in the illusion becomes tolerable.

So ask yourself what game you think you’re playing to determine if you should augment your Bhakti path or if Bhakti alone will achieve your goal. After all, truth doesn’t have to be the goal. Peace of mind, comfort, and compassion don’t suck but are also big pieces of dog shit in the middle of the sidewalk as long as “you” are still willing to be a part of the equation.

P.S. Don’t hate me because I’m a Big Toe pointing at your pile of shit in the middle of the sidewalk.