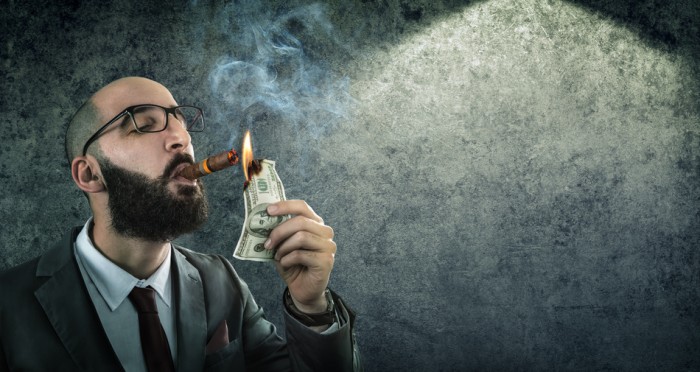 For better or for worse, I’ve been exposed to more than my share of wealthy individuals during my tenure of this life. I ended up in some private school from 8th-12th grade. I was on scholarship helping to satisfy their “diversity” claims. I guess socio-economic diversity needed its token representation. Needless to say, you couldn’t swing a dead cat at back-to-school night without hitting some extremely wealthy, white, overachieving, stressed out, type-A parent right between the eyes.

Then I ended up raising kids in San Francisco, ground zero of shitty public schools, and we became the wealthy, white, overachieving, stressed out, type-A parents that sent our kids to insanely expensive private schools.

What I learned from my exposure to the other parents at this school is that if you are really into accumulating wealth, only an idiot would go into the software industry (me) if they could find a way into the financial services industry, especially any type of venture capital, merger and acquisition type of shit.

I got to hang out with these types for good part of seven years, until we pulled the ripcord on the whole circus and I quite my job, left the high-tech world, San Francisco, private schools and bolted to a small town and started over.

All this is an elaborate set-up to overcome the objection that the first philanthropic offended mother-fucker tries to slap into the comment section at the bottom of this article. This objection is the classic, “you wouldn’t say these things if you really knew these people and how big their hearts are, and how hard they work, and how much they love everyone, and blah, blah, blah…..”

Wrong, I would say the same things I’m about to say. I know these folks in spades. I grew up in their houses, worked with them for years, hung out with them in bars, had them over for countless dinners, went on vacations with them, laughed with them, loved our children with them, and keep in touch with many of them today.

Rich folks can be great people, shitty people, hilarious people, creative people, hard working people, nice hair and makeup people, and total slobs. What I’m saying is I know rich people and they are just like everyone else; however, they do seem motivated to work extremely hard, long hours. Is this driven by greed, ego validation, or fear of failure? It’s probably a mix of all of the above… just like poor people.

Then why the fuck all the rich people talk? Four points:

I know this shit inside and out and yeah I give money to shit too, and watch how my mind responds to these efforts and what beliefs it validates while strengthening my sense of self.

So shut up and listen and lay down your sticks that say on the side, “You don’t understand who these people are and what their motivations.”

First let’s talk about what I call the real philanthropists. These people are often unsung heroes of helping others and are most often not rich. However, I’ve seen some rich folks step into this inner circle.

What is Real Philanthropy? 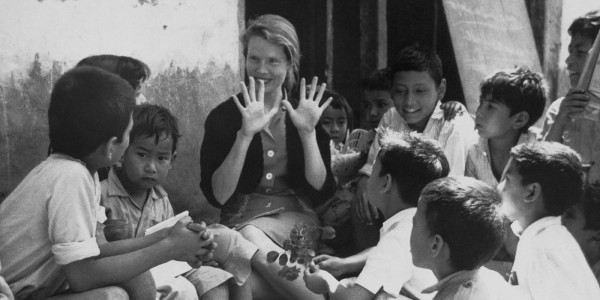 Real philanthropy is what you give relative to what you have. How much of a personal sacrifice do you make in terms of trade-offs with time and money to benefit the less fortunate?

Let me give you a personal example. A dear family friend of ours (who is definitely below the average annual household income in America) decided to get over to Zambia and ride his bike across the country to help out these folks that have no running water, no schools, and no sanitation. He lost some time from work (money), also used some vacation time, and returned unable to repair the plumbing issues in his house for another year or two and with no vacation time for another six months or so, combined with trying to pick up extra shifts to make up for missed hourly work. His group raised around $100K for these causes. He made some personal sacrifices he could feel the effects of quite substantially. Himself, he raised about $6,500 for the cause, which took a time investment and equaled about 20% of his annual income.

He didn’t talk about it much and would never bring it up unless directly asked. His wife let everyone know what he was doing and they went to some website where they could donate. He personally thanked each person that donated, sent them pics of the journey, etc.

But the bottom line, he only raised $6500 and made some noticeable personal sacrifices to do so with very little sense of importance or social positioning.

What Is a Philanthropic Egomaniac?

How does this compare to the person that writes a $15K check, spur of the moment, at a fund-raising auction while half drunk? The inebriated friend often won’t even notice the change in balance in their checking account, they won’t lose a day of vacation time, they will still buy whatever they want at the mall tomorrow, and their contribution is probably less than 5% of their annual earnings.

This same person can’t wait to openly discuss how they support the blah, blah, blah cause at work the next day or at the next cocktail party. And this is a mild example.

There are folks that will only contribute money they would have left behind anyway as long as their name is on the library or gymnasium they donate for or in bold print on the program of the opera they sponsored. They immediately look through every other donor’s name on the program to see who else they know and what giving bandwidth they fall into.

It’s all ego! It’s about adding more to who we are and convincing ourselves we are even more special, helpful, and a bigger person. Added beliefs equal more ego. Whether you believe you are a criminal, philanthropist, or meditating spiritual dude, you are a bundle of beliefs. In other words, an ego.

Spiritual or philanthropic beliefs about ourselves may make us feel we are somewhere better in the hierarchy of “who we are” relative to others but that’s a heaping bunch of dog shit right in the middle of the sidewalk. Eventually this is just additional baggage you can’t take through the gateless gate. But it’s subtle and more captivating as it’s “good ego”.

Do you know a Philanthropic Egomaniac? Someone very close to YOU?

If you fall into this camp, next time, write a check that puts your remodel or international vacation on hold for a couple years. Then do it anonymously and don’t tell a soul, ever. And then, don’t think about it or how it relates to “you”. Do it and let it go and don’t take on any beliefs about who you are as a result.

If that’s hard, ask yourself why? Chances are it’s because you write the check for yourself so you can feel better about who you are relative to whatever group you associate with. You cloak this as “helping others”, which indeed it does, no doubt.

But in the end, it’s just like beating your friends up the hill on the mountain bike ride, inviting your neighbors over to see the new outdoor kitchen next to your pool, getting the next promotion, pushing so your kids achieve better grades and more impressive extracurricular activities than your friend’s kids, letting everyone know you have a spiritual side, beating your friends to retirement, booking the next killer international vacation, and writing the check at the school auction.

Ninety-nine percent of people do these things to create or validate beliefs about who they are and why they are special. You think about these things when you think about who you are. You’re building out the illusion of thought-based identity. It’s a great game but see it for what it is as it’s only ideas, thoughts, and none of it really exists.

As long as you propagate the “you”, what is keeping you from being what you really are, is being fed. Don’t get caught in the trap. Get smaller, less important, less noticeable, less impressive and get closer to just being.

None of it really matters anyway. It’s all just a play. We are tiny beings with a flash in the pan existence on a tiny planet in a tiny solar system in one of billions of galaxies. Importance is only relative to thought and beliefs but we mean nothing to the overall creation and have no real influence over anything. So we try to add to our perceived separate sense of self because the non-self (other) is so big and intimidating. It’s all imaginary. When our thoughts die, it all goes poof.

Helping people, not helping people, writing checks, whatever… it all goes poof. The manifestation happens as it’s supposed to. Just see it for what it is, watch it, and realize that you are it.

Or focus on your beliefs, separate sense of self, and realize that you are worshiping a big pile of dog shit right in the middle of the sidewalk. When you die or wake up, you’ll laugh your ass off at who you thought you were and what you believed you were doing.

P.S. And if someone casually drops into a conversation, “I’m on the board of such and such organization/charity….” realize how blessed you are to be having darshan with such a special person.  Any egomaniac can write a check but to be one of the few coveted board members….Holy Christ!