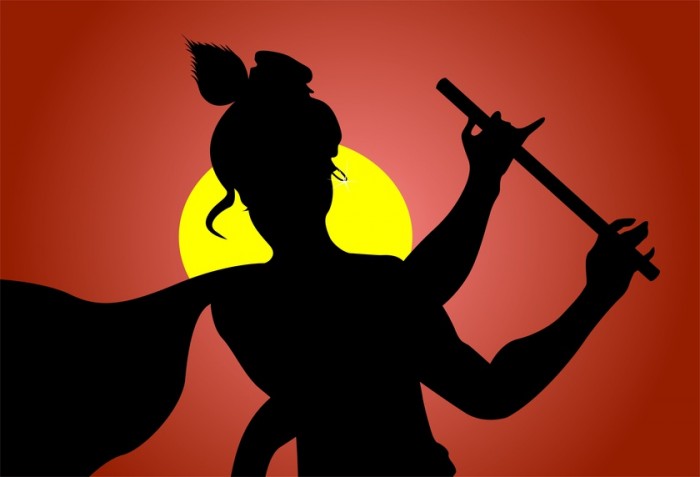 My first exposure to Krishna, like many people in the 80s, were the Hare Krishna devotees at the airport. I was 16 years old and didn’t know my ass from my elbow, but I did make the effort to talk to these seemingly happy folks at each and every layover or delayed flight (much to my parents chagrin).

My initial impressions of them were as follows: 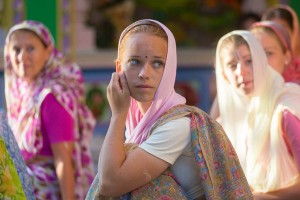 Although I was somewhat intrigued, I didn’t have any further contact with the group until I got to college out in crazy California. Out there the International Society for Krishna Consciousness (ISKON) had a continual presence on campus. Not only that, but every Thursday night they would have a free vegetarian feast and some funky chanting.

My friends and I would attend every week. What we noticed was that we all felt like we were high afterwards. Again, I still hadn’t ever been high, but my friends knew the state well, and swore it felt like a light buzz.

We were so ignorant; our best guess was that they had dosed the food. So, being freshman Sherlocks, we thought we would do an experiment. The next week we went and only did the chanting segment, but then left without eating any of the supposedly drugged food.

It took us all about half a mile of walking back to the dorms before we looked at each other and I said “Shit, it’s the chanting that gets us high!”. That got my interest, and I began to spend a bit more time with the HKs for the remainder of that semester.

My overall experiences at the center and with the devotees was quite positive. I learned a lot about their practice. For example, I learned that Krishna wasn’t blue because he couldn’t breath (good news) and that the Krishna Code prohibited illicit sex (bad, very bad news). 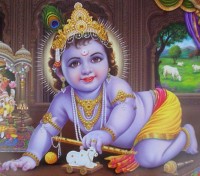 I eventually lost interest because of their insistence that Krishna was THE God, above all others. It was only later that I came to learn the fact that this belief was only part of the official ISKON organization, and that millions of people worship Krishna in a different fashion altogether.

You can love Krishna any way you want. More on that in a moment…

I  was also studying philosophy in my coursework and attending a Zen Center for zazen sessions several times a week. The intellectual rigor aspect of Zen appealed to me more than that devotional worship towards gods of any system.

For the next 27 years or so I studied anything and everything I could find on the stricter forms of Buddhism (no Internet back in those ancient times, can you imagine how I toiled?). I was a total Jnana Yogi; my head always buried in books, thinking, debating…

And then my spiritual world and path got turned upside down in Boulder with BT. From that point on to this present day, my orientation is always looking back to the devotional heart of God.

What’s Up With All Those Gods?

When I first began studying Eastern religions, I was turned off by the multitude of Gods in Hinduism. Truthfully, devotion to one God seemed to me a bit much, but literally having dozens, that just seemed ridiculous.

It was only later that I learned the truth (and beauty) of the multiple Hindu deities.

As an overview, and certainly just my interpretation, Hinduism has as its central core a Brahman and an Atman. Brahman is the overall spiritual energy of the universe, while each soul contains an Atman. The Atman is the individual spark within each of us that reflects the Brahman.

Then, what is so cool, is that each of the different avatars i.e. Krishna, Ram, Hanuman, Ganesh… all represent the Brahman or God. It’s just that each one exemplifies certain qualities of God.

Krishna, for example, is the most playful and mischievous avatar. Ram represents God as the ultimate family man, warrior, and all around stand-up dude. Hanuman (the Monkey-Man) is the unwavering servant of Ram, and as such reminds those who focus their devotion on him to always be in the service of God.

There are a couple of key concepts to keep in mind here:

1) Each of the Avatars are representations of the same thing, that is, God. Choose one or choose them all, it doesn’t matter.

2) Additionally, each of them are simply outward manifestations of what is already in each of us. There is no God “out there”. We’re all God all the time. It’s just tough to get our thinking minds around that concept, so it helps to have these Avatars as representations.

Why I Fucking Love Krishna

This is why I felt it was time for me to look beyond the ISKON organization. They’re hooked on the idea that Krishna is the real deal, but also that he is the only God. There are millions of  folks around the world that worship Krishna but are not part of ISKON, and don’t have that singular view of him.

Actually, I’m one of them.

I have chosen Krishna as my main focus because of the specific qualities of God that he represents, mainly the light-hearted, playful, loving, and slightly devious aspects. 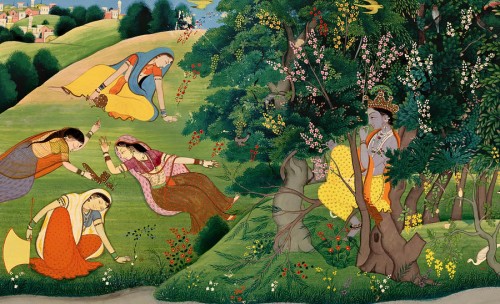 I spent so many years being so serious about my journey, that I started to get hardened and experienced less and less joy. My natural sense of humor was all but gone during this time period.

By inviting the worship of dedication to love Krishna into my practice, it awakened in me all of those spiritual aspects of my personality, and allowed me rediscover the joy of playing the game.

It’s all a game. The game of my incarnation, including the game of this spiritual journey.