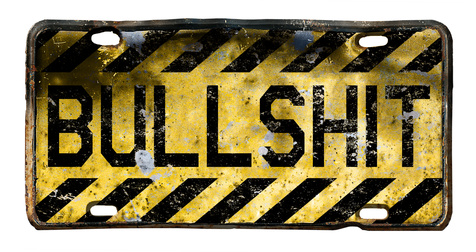 The Origin of Bullshit Spirituality Practices

Correlation and causation aren’t the same thing, no matter how inviting it is to act otherwise. Our quick attempt to equate them is a fool’s game.  Take it from a fool who’s played this game like a drum.

What the hell am I talking about and what does this correlation/causation distinction have to do your spiritual practice?

And more importantly, how does bullshit spirituality work its way into this messy mix?

Well I’m not talking about the bullshit fact that most tantric practitioners realize they’ve contracted crabs about 7-10 days after a practicing session on their “path”.

That’s bullshit spirituality for a different post (note to self).

Let’s start with an example.  Martin is 7 years old and loves basketball.  Martin realizes he’s just embarking on his idealistic journey to play in the NBA.  Having one season under his belt at the local YMCA, he’s very open to learn anything he can and is fixated on the Golden State Warriors Stephen Curry as the true master of the sport. 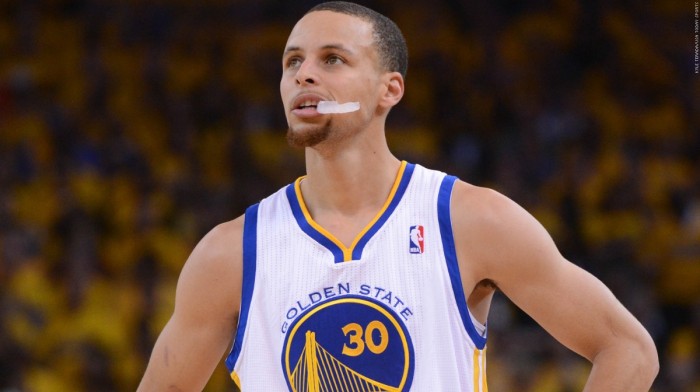 Martin has no real idea of how Curry has achieved his skill and status within the sport, so he deduces that he should simply emulate his idol.

Sadly, it’s painfully obvious that he can’t grow the same ridiculous goatee as the master. He’s only 7 years old so perhaps that can be put off for awhile.

What he can do, however, is spend a lot of time on the basketball court actually chewing his mouth guard with at least half of it hanging out of his mouth, wear Underarmour tights, keep his hair cut short and smile a lot.

This should get him started and when he’s a little older and can grow facial hair and get a few choice tattoos, like most all NBA players. At that point his game should really blossom. After all, he notices these are things great players do and if he does the same, he’ll certainly have a shot at the same level of success.

So what’s the moral of the story?

Simply, Martin is a fucking idiot. 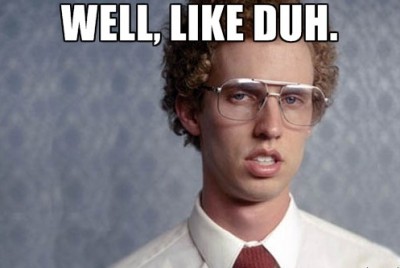 Now, he’s only been in his current incarnation for seven years, so we can cut him some slack.

He doesn’t know what he doesn’t know and is blindly groping out of desperation to anything that might increase his likelihood for success.  He’s clueless as to what actually contributes to heroic basketball skill development.

Likewise, most of the stupid spiritual seekers (myself included) figure, if we want to attain enlightenment, we should probably do what the gurus do. So, we look at the menu and usually start with the easy and relatively fun options:

Saying “Namaste” all the time 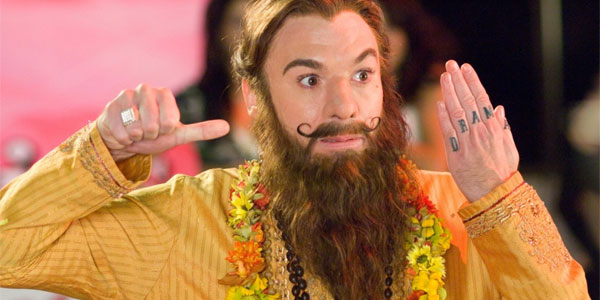 When those activities fail to produce significant, long-lasting alterations in our consciousness, seekers may try to get their hands on some psychedelic substances. For many people these drugs are used just to prove to themselves that altered states of awareness exist; that there’s really something else out there, and they’re on the right track.

So seekers find several ways to get high but remarkably, more often than not, they continue to find themselves still wrapped up in mundane human experiences.

We’re pissed at the landlord for not fixing the leaky shower head, we’re really amped because a smoking hot babe liked us on Tinder, we’re depressed as our job provides no sense of satisfaction and our effort has very little to do with our reward and our boss is unqualified and overpaid… etc.

Well guess what Fun Seekers?  The “Hamburgler” in this McDonald’s commercial is still running free and at full throttle.

Why? Because bullshit spirituality practices rarely do anything except to feed the ego of the seeker.

The real culprit is our separatist, dualistic perspective of the individual self and everything “other”.

What the hell does that mean?  That’s not important.  What’s important is it makes me seem cool and mysterious, casually throwing that out.

Seriously, it means that we have very clear ideas of what should or shouldn’t be, what things are or aren’t “spiritual” and what constitutes a thorough wiping vs. a good enough wiping in a smelly porta-potty at a Bob Dylan concert. 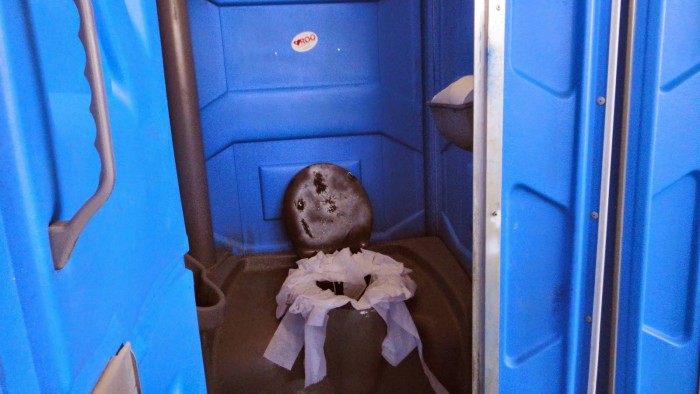 The fact is that the ever-changing present can ONLY be found here and now.  “What is” right now is all that ever is.  This includes our ideas, beliefs, lust-laden thoughts, constricted awareness and certainly our bullshit spirituality practices.

We’re as much a part of the current manifestation of being as a tree, mountain, mosque or any other component of this temporary, ever-changing creation within consciousness.  If there is an ultimate reality or absolute truth, it can’t exist anywhere but right now in the very present moment where we are.

If we think we are separate from it, that it’s a “future thing”, that “we” are somehow outside of “it”, we’re saying that there is absolute truth/reality and then there is something else that somehow sprang into existence independently from the true source of all existence.  And we’ve decided our current self and state of being is imperfect and needs to be fixed.  Someone or something really fucked up on the creation aspect and we got the shit end of the stick.

If we believe that, then it follows that there isn’t a pure source of being.  God must have created imperfection and then separated itself from this and now we are somehow, something entirely separate from the source of creation.

Sages throughout the centuries have essentially focused on this fundamental question:

“Is our consciousness part of a unified whole, or is there the “absolute” as well as something separate?”

Modern physics tells us that the entire universe is an interwoven unity; each part being connected to every other part.  The reality of the universe is much different than the appearances and perspective we’ve learned to hold as our default orientation to being. 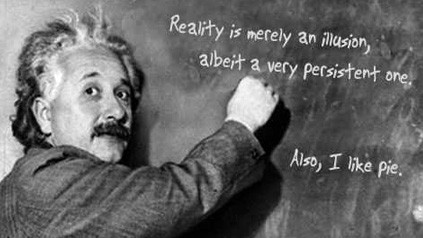 At this fundamental level, we can choose to believe (beliefs are always a choice) in one or another different models in pursuit of ultimate truth.  I would suggest that you clearly know what horse you’re betting on here, as we’re really talking about two very different games.

Game 1 is how to understand the true nature of the oneness, of which we are a part.

Game 2 is how to find that which is currently outside of us, and attempt to unite with it.

The Big Toe is playing Game 1.  This is partly because I’ve had glimpses of the state of awareness that is unified with meditation alone.  Many people have also used LSD and other psychedelic substances and been thrust into an awareness of being one with all consciousness and nothingness (void) that is the source of all creation.  And lastly, the non-dualists, sages, saints and quantum physicists description of our true nature has validated these very experiences.

I’m betting that the totality of our consciousness includes everything and every possible choice?

And if you choose to bet on the same horse, does it really matter if you follow any particular spiritual practice?

Could it be that:

Your attachment to a particular path, and resistance to things outside of said path, actually be an impediment to realization of the ultimate truth?

Meditating is as valid as fornicating?

Repeating some ordained mantra is as much a part of this oneness as saying “fuck” thirty times a day?

Getting high chanting is as equally a part of this oneness as crashing down off that high and worrying about how we are going to come up with rent this month? 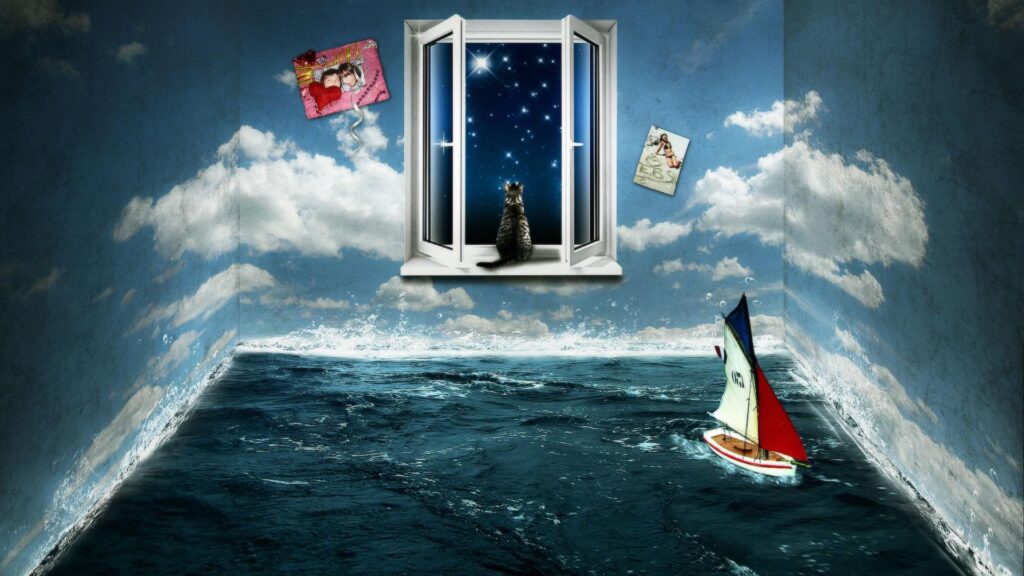 Now, in continuing with the dream analogy, if a dream character believes that the dream isn’t manifesting as it’s supposed to and that character is getting slighted and wants a different version that is more to his or her liking, does it change the ultimate nature of the dream world or that character’s part in it?

Could our waking reality be nothing more than a dream of pure consciousness, the absolute source of everything? This dreamlike manifestation is continuing to unfold and evolve in the ever-changing present, and this idea of being an independent individual is nothing more than an idea in the reality of the dream character’s existence.

The idea of separateness is the illusion of the individual.  The drive to understand our true nature, absolute truth and/or reality may be to recognize what ultimately is going on here.  This recognition allows us to accept our thoughts, however limiting, as part of the dream’s manifestation as it’s all an equally valid part of the dream.

Ego Death & Fear of Self Annihilation 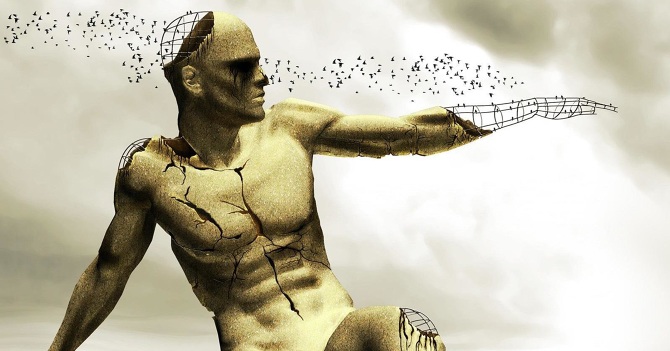 Many folks find that investigation into the true nature of reality is all fun and games, until you have to face the hard fact that “you” don’t exist as an individual self. The ego naturally puts up massive resistance in its effort to survive. Being part of the universal consciousness always seems cool, but there is actually a death involved.

Once this shift in awareness takes place, however, everything starts to change.

Ideals about the future fall away.

The importance of the past diminishes.

We begin to observe our mind from the awareness behind it.

The importance of our attachments to things believed to be separate from us (people, money, achievements) starts to evaporate.

These are natural byproducts of this shift in our consciousness.  Attempting to use bullshit spirituality practices, as a means to attain these byproducts, is as silly as buying a new pair of basketball shoes hoping it’ll get you drafted for the NBA.

And we’re back to the correlation/causation conundrum.

We’re interested in your comments and personal experiences, even if you think we’re completely full of shit.  Submit a comment below and let’s get some dialogue going.

PS – And don’t hate me because I’m a bossy Big Toe, pointing at your dog shit pile of beliefs sitting in the middle of the sidewalk.